How Deregulation has helped to lower Electric Rates America

The power industry in the USA is changing thanks to the transformational reforms called “deregulation ‘brought about by the federal and state authorities. Independent power producers can now compete with local utilities in distributing electricity and natural gas to the consumers. This has had a significant impact on lowering the energy bills of consumers. While Deregulation has faced particular structural challenges for utilities and power producers, they have overcome them and can offer cost savings for households and businesses. Consumers are now able to change energy suppliers while maintaining quality service.

Structure of the power industry

The power industry has three functions, generation, transmission, and distribution. Electric power is generated in power plants and transmitted through high-voltage lines to distant places and distributed to households and commercial enterprises through low-voltage wires. Historically, these three functions in a given region were the responsibility of a single utility. The belief was that a large monopoly firm offering all three parts was more efficient. These larger utilities with all the resources could manage all the three functions seamlessly, monitor demand, and scale up production to meet any additional requirements. And the government regulators, generally called Public Utility Commissions or PUCs, ensuring that the energy rates were reasonable for consumers. Such an arrangement worked well for years in many states, but over time these utilities often became bloated and inefficient, unwilling to adopt the latest technologies.  States have deregulated the supply of energy allowing independent producers to compete and for the competitive arms of the regulated utilities to compete.  The resulting competition has led to innovation and lower costs for almost all customers.

Through Deregulation, the national power market has become competitive by allowing independent power utilities to compete against one another. Notably, the country has seen the emergence of regional auction markets wherein both utilities and power producers buy and sell electricity on a competitive basis. One result is that local utilities were encouraged to focus on transmission and distribution rather than power generation. Other companies focused on power generation, leading to increased efficiency and the rapid expansion of green power generation through solar and wind farms.  The competitive power market has incentivized all utilities and power producers to become efficient by adopting new technologies and operating procedures to compete for profits. The resulting cost savings have led to the lowering of prices for households and businesses.

States, through their PUCs, has helped guide the transition from regulated markets to fair and balance competitive markets.  Regulators need to ensure that that local utility is appropriately compensated for the infrastructure’s growth and maintenance that delivers the energy from the producers to the end-users doorstep.  Regional authorities also work to ensure coordination among multiple firms that supply electricity to the power grid and maintain its stability.

The Deregulation of the power industry in America has encouraged low market-driven rates while at the same time promoting conservation and better energy management. 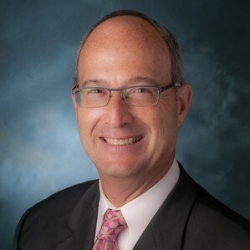 utilitydiscount.com
The author, Arthur Handelman is a licensed broker of electric power and an attorney who has practised law in the energy area for almost two decades.

Latest posts by utilitydiscount.com (see all)
How Deregulation has helped to lower Electric Rates America

utilitydiscount.com
The author, Arthur Handelman is a licensed broker of electric power and an attorney who has practised law in the energy area for almost two decades.